From Dead by Daylight Wiki
(Redirected from Archives)
Jump to: navigation, search 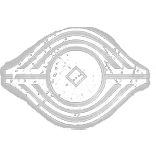 At the core of The Archives is the Auris, a device capable of peering into the memories of those who've entered the Fog. Through this device, the players access a series of Challenges to help them piece together these memories and his overall role. ​

To view all Tomes please refer to the Tomes link page.

There are currently 4 Tomes:

To see a list of the Challenges, Memories, Logs, and Charms this Tome has to offer, please refer to Tome IV - Conviction.

Each Tome will always be accompanied by a new Rift, a tear through the Entity's Fog containing a multitude of rewards from other worlds and memories. These time-limited rewards will be earned simply by playing the game and progressing in The Tome. Most of these rewards will be related to the current Tome's lore and/or seasonal events.