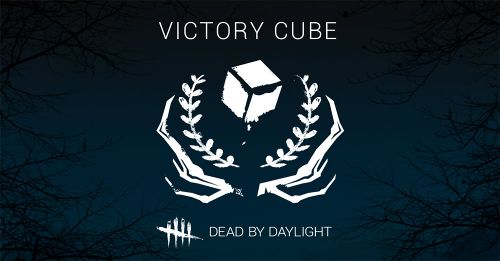 The main part of the Victory Cube addressed the Killer's way of Ranking up, the Memento Mori

Offerings and the Brand New Part

There were also other changes that were of lesser impact to the Game.

Completely separate from the amount of gained Bloodpoints, Killers would have a new system that determined how they pipped.

Interactions with Survivors during the Trial would reward the Killer with points, up to a maximum of 4 points per Survivor. The pip thresholds would work like this:

The following interactions would grant points towards a Pip: 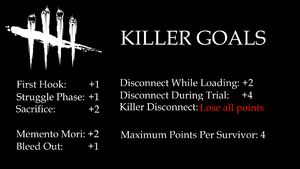 Some Score Events would be re-integrated and/or changed:

These changes were ultimately implemented into the Game with the release of the Victory Cube:

The number of obtained Killer Goal points at the end of the trial would determine the amount of Rank Pips a Killer earned:

and the lose message "Disgraceful Defeat".